The store will not work correctly in the case when cookies are disabled.

Saku Vuori started his his company, Vuorensaku Guitars, back in 2008, after he graduated from Ikata – The School of Arts & Crafts of Ikaalinen, Finland. He started by helping other luthiers and in 2012 he opened his own workshop in Jyväskylä, Middle-Finland to repair stringed instruments and make his own guitar & bass models and other products such as custom pickups. He later finished his master exam and became the youngest Master Luthier in Finland, at the age of 35.

His very first own instrument collection began to take shape in December 2014. He decided to start building something he truly loved, no compromise! His love for the offset-style guitars are at the base of the line. He started to draw, shape and mash up the specifics of some of classics like Jazzmasters, Teles and Mosrites and the rest is ofcourse now history. The collection is named “T. Family” and features both guitars and basses. His passion for relic'ed and distressed instruments has been inspired by old houses, furniture and cars from the 1950’s. The T.Family line is a custom concept where, within reason, the customer can choose all the materials, details, features and parts for the instrument. The only thing that is fixed is the shape. Sometimes Saku also builds one-off instruments outside the set norm just to express his own ideas.

Building a guitar is a diverse process, and this is one of the reasons Saku Loves his craft. The design stage with the dealers and customers is already great fun. However, he enjoys cutting the blanks and making lots of noise and dust just as much. Saku says: ”Eventually it is always such a fulfilling moment when you get all the parts together for the first time, see the end result and hear the first sounds coming out of an amplifier. I will never get tired of that!”.

A big part of the VuorenSaku brand is the fact that every instrument is really unique and has its own unique character. As a one-man-business Saku’s production is limited and he intends to keep it that way. So expanding the business considerably is not a viable option. Saku's idea of 'growth' is more about value and the quality and consistency and building the brand name than in the production numbers. So every customer can be 100% sure that the quality of their precious guitar is top notch and the instrument was actually made by Saku himself!

To Saku Vuori the guitar is a form of art, a tool, craftsmanship, an form of art and of course a musical instrument, it is ultimately an object to express yourself as an artist. His job is to design and build these extraordinary pieces and make musician’s dreams come true! 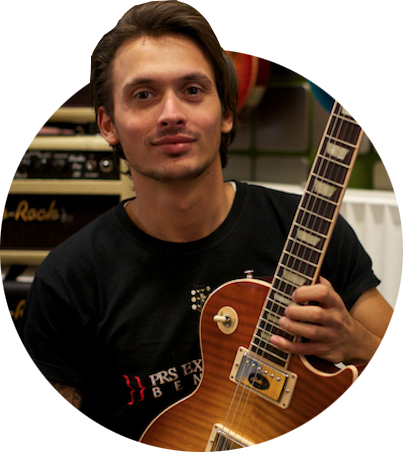